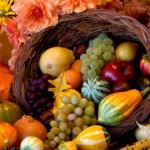 A most eloquent and touching Thanksgiving story from my friend, Jonathan Byrd.  It’s no surprise that his (true) story is also chock full of proof for the Epidemic of Kindness.

“Happy Thanksgiving. I’m avoiding the internet lately, but I’d like to take a moment to tell you where I’ve been. What I’ve seen this past week has made me morethankful than ever.

Last Monday, I filled my backpack with my worst clothes- jeans with holes in the knees that I’d saved for painting, oversized flannelshirts and hoodies, generic white socks- and a pair of hiking boots. I had let my face grow long for a week. Somewhere between home and Charlotte, I bought a camouflage ballcap at a truckstop.

I reserved a room at the cheapest motel I could find, tucked along I-85 between two fast food joints and a row of brick apartments uniform as Army base housing. The exterior of the motel was painted fresh yellow and orange with white faux half-timbers. The marquee read “Under New Management.”

For less than most of us spent on groceries yesterday, I got four nights with two beds, two mismatched chairs, a floorlamp with no bulb, a desk with chipboard guts leaking through its formica skin, and a singleserve coffeemaker on the bathroom sink. Let’s not talk about the carpet. I set up a laptop, an electric typewriter, and a ream of paper on the desk. On my way upstairs and down the hall, carrying the last load to my room, I passed a maid’s cart and nicked a few more bags of coffee. I did that at least once a day all week. I was there to work on a novel. I was there to look up at the glass bottom.

Every day, I put on thick frowzy layers of my oversize beater duds, drove downtown, and parked on North Tryon just inside the Brookshire Freeway. Skyscrapers frame the sky on the highest hill of the second largest banking center in the United States. I mapped out the downtown (called “uptown” in Charlotte). In the middle of the day, most of the people I saw on the northeast side were living on the street. You might miss them if you weren’t looking for them. They didn’t ask for money. They didn’t sprawl out or sleep on benches.

I wandered around to businesses. The staff almost removed me from a museum. I asked them where the coffeehouse was and they became too confused to evict me. The only people who didn’t think I was homeless were the homeless.

I walked up to a coffee counter, where the girl on staff quickly walked away from me and looked over at her male counterpart. I ordered a four-dollar cup of coffee, pulled a hundred dollars from my pocket, and fumbled for a fiver for my own entertainment. I’m not judging anybody. I knew exactly what these people were feeling and thinking. I have felt it and thunk it. I was examining my own head as much as anything.

The libraries were amazing. Charlotte’s children’s library, ImaginOn, is brilliant in its architecture, vision, and staffing. It was also the first place I was treated like a person. I asked about programs for homeless children and was cheerfully sent upstairs to the offices.

Later, I found the main library. Street people were in there by the hundreds. They were reading the paper. Using the internet. Looking for jobs. Reading for love. Quiet as mice. Shaving and washing up in the bathroom and leaving it spotless. When I asked for help, the staff was so courteous, I forgot I was in disguise until one lady politely tried to figure out what my situation was so that she could help me find whatever services I might need. I did notice a police presence. I was thankful that the city would spend the money on a few officers to keep this sanctuary for their most vulnerable population. The main library, from what I saw, is one of the best tools in the homeless’s fight against homelessness.

One gave me his resume, two pages long. 16 years experience industrial technician. Marine Corps veteran. About a third of the people I met had Associates or Bachelors Degrees. I met one with a PhD. They showed me their hands, scarred a few blocks away in a salvage yard, digging through rubble and beating the mortar off of old bricks to reuse them. The job paid forty dollars a pallet. They told me it took a day or two to fill a pallet. They smiled at me and said, in unison, “Slave labor.”

I asked them why they didn’t ask people on the street for money. They rolled their eyes. “You get in trouble. They got undercover cops down here.”

I asked them what they did the week before when it was twenty degrees out. “Same thing I do every night.” “I don’t like the shelter. I won’t go in there.” “I did some time. Some guys out here just got out of jail. They wouldn’t set foot in the Men’s Shelter if it was twenty below zero.”

They all talked about God. “Lord willing.” “The good Lord has helped me a lot.” “I’d be lost without God’s help.”

I ate lunch at the Urban Ministries Center. That’s where I found the women and children. Babies in strollers. Wigs and painted fingernails. Pantsuits and jewelry. As much dignity as they could afford.

“Sunday morning, twenty-eight degrees!” one man said. He whistled at the dire forecast. “I’m looking for a job. I can’t do no heavy work. I’m sixty years old. Be in the bed with a sore back and can’t get to work and then I’d lose that one.”

“I spent $400 dollars getting my CDL,” he said. “I’m fixing to retire. Wait a minute.” He dug in his wallet. He held the card up and smiled with his whole face. Commercial Driver’s License” it said in gold lettering across the top.

A lady inside the soup kitchen sang into a karaoke machine, “…and I think to myself- what a wonderful world…”

The soup was surprisingly good. I put my sandwiches and a bag of chips in my hoodie pocket and thanked the staff.

I left and walked downtown. Along the way, a large young man stood smoking. “You interested in making a hundred dollars today?” he asked. I wasn’t.

Back downtown, I saw a man I’d already met. An older woman sat on the bench in front of him, wrapped in a light blanket, her face contorted with sickness or grief or both. The man smiled at me and said, “I’ll see you this afternoon.”

I got around the corner and remembered I had the sandwiches and the chips in my hoodie pocket. I went back to give it to him. As I walked back toward them, I saw him digging in his backpack. He took out a small orange sleeping bag, unzipped it, whipped it in the air to fluff it out, and spread it over the woman like a blanket. He sat down on the bench and hugged her. I walked up and handed him the sandwich and chips. He smiled at me again, but with reservation. Tired of taking things and living without walls.

Over the week, my motel room became a glittering palace. I practiced yoga on the carpet without reservation. I took a hot bath in the gritty tub and blew bubbles of thanks.

Yesterday, at home with family, I paid two hundred dollars for three bags of the finest groceries in the kingdom. I sat in a warm house and watched the snow fall on the pond. I wondered where my new friends were sleeping.

One of them just texted me to wish me a Happy Thanksgiving. Thought I’d pass it along.”

2 Responses to “Holey Jeans, No Internet, and Loads of Kindness – A Thanksgiving Story”